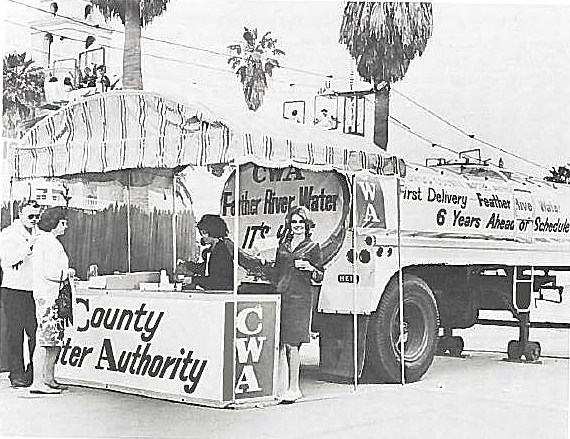 In the summer of 1965, the San Diego County Water Authority held one of its first outreach events at the Del Mar Fair – long before it was called the San Diego County Fair and before the Water Authority had a formal public relations department. For the Fair’s summer run, a 2,500-gallon stainless steel tank trunk was hired to deliver ‘pure Northern California water’ to 30,000 fairgoers from June 25 to July 5, 1965. The event was designed to showcase State Water Project supplies which would eventually be delivered through the California Aqueduct. A new brochure was also developed and distributed to 7,000 people.