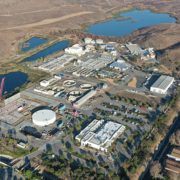 The Water News Network was honored with awards from several organizations recently, including the Public Relations Society of America.

On November 18, the WNN received a Bronze Bernays Award of Merit in the websites category from the Public Relations Society of America (PRSA) San Diego/Imperial County chapter. It is the second consecutive year the WNN website has received this award.

Now in its fourth year of operation, the WNN is recognized as a reliable source of factual information upholding the standards of journalism to provide news about the water and wastewater industry to the San Diego region and the Southwest United States.

In October, the WNN website was awarded first place as the Best Public Service or Consumer Advocacy Website by the San Diego Press Club. It is the fourth consecutive year the WNN has received this honor.

The Water News Network was given an EPIC Award in 2020 as the Best California Public Agency Website by CAPIO (California Public Information Officers Organization). CAPIO EPIC Awards recognize the “best of the best” in government communications throughout the state.

The Water News Network specializes in covering water and wastewater industry stories in the San Diego County region, focusing on the people and projects that ensure a safe, reliable and plentiful water supply flows to the region’s 3.3 million residents and its $253 billion economy.

(Editor’s note: News about the water and wastewater industry published in the Water News Network would not be possible without the contributions from the San Diego County Water Authority’s 24 member agencies, that deliver water across the metropolitan San Diego region.)