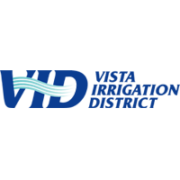 Vista, Calif. — Vista Irrigation District board of directors elected Patrick Sanchez as its president and Marty Miller as its vice-president for 2021 at its annual organizational meeting. Sanchez has served on the board since March 2017. This will be the first time he has led the
board since being elected. Sanchez represents division 4, which encompasses the Shadowridge area of Vista.

Earlier this year, the Center for Western Weather and Water Extremes launched a new sub-seasonal to seasonal forecast product to better predict the influence atmospheric rivers will have on the Western United States. Better and more accurate forecasting tools for atmospheric rivers are critical for a number of community uses, including water management, agriculture, insurance and commodities trading, to name a few.

The demand for better atmospheric forecasting tools has facilitated the development of the new S2S forecasting products launched by CW3E this year.

The South Coast Air Quality Management District recently took a key step in setting wide-ranging goals to address air pollution in the eastern Coachella Valley, leaving local residents and politicians cautiously optimistic for the health of communities that have suffered from poor air quality for years.

The new benchmarks, adopted on Dec. 4, come as part of the area’s draft community emissions reduction plan, which is the result of AB617, passed in 2017. In the eastern Coachella Valley, the program will look to reduce nitrogen oxides by 45%, diesel particulate matter by 77% and PM10 — particulate matter that is 10 micrometers or smaller — by 2.4 tons per year, all by 2030.

The waves along the Central Coast can tell you a lot about our changing climate, and here’s why.

The Diablo Canyon Power Plant’s Waverider Buoy has measured wave heights and periods since June 1983 and directions since June 1996 and is one of the longest continuous-wave monitoring stations along the West Coast.

Scripps Institute of Oceanography’s Coastal Data Information Program maintains an extensive network of buoys that monitor waves along the coastlines of the United States. You can view the historical wave data archive from Diablo Canyon and other stations at the CDIP database at cdip.ucsd.edu.

Tom Kennedy learned about the long-term contamination of his family’s drinking water about two months after he was told that his breast cancer had metastasized to his brain and was terminal.

The troubles tainting his tap: per- and polyfluoroalkyl substances, a broad category of chemicals invented in the mid-1900s to add desirable properties such as stain-proofing and anti-sticking to shoes, cookware and other everyday objects.

San Diego has largely escaped the conflagrations seen in other parts of California over the last several years. Experts have started to wonder: Is San Diego just lucky? Or is it doing something right?

President-elect Joe Biden’s rush to renewable energy may open up a host of cybersecurity dangers if more isn’t done to secure the technology from hackers.

The City Council unanimously approved the company’s bid during a special meeting Friday after rejecting a protest bid from C. Overaa & Co., which also wanted the job. The $86,689,000 contract with Shimmick will include a 5% contingency of $4,334,450 in case of unforeseen costs for a total of $91,023,450.

In addition, council members authorized city staff to increase the total budget for the desalination project to $110 million. Earlier projections had estimated it would cost nearly $70 million.

As the COVID-19 pandemic continues to worsen, it’s more important than ever that all Californians have reliable access to clean, safe water. At the most basic level, our health depends on it: water is essential for the handwashing and cleaning that helps eliminate the virus. Water also is indispensable for our food supply, jobs and economy.

Lake Jennings received nine awards in the East County Californian’s 2020 Best ... of East County Readers Poll! Thank you to all that voted and congratulations to everyone who makes @lakejennings such an award-winning destination: http://hwd.fyi/6g9. #boes2020 #community #cawater

Rain and snow continue this afternoon! We're ... even seeing a few thunderstorms too. ⛈️

Showers will continue through tonight, then taper off overnight into early Tuesday morning. #cawx