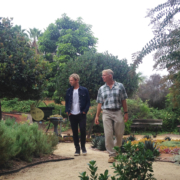 Twenty years ago, people who saw a need to help people conserve water and preserve San Diego’s environment conceived the idea for a demonstration garden.

The Water Conservation Garden celebrates its 20th-anniversary Saturday, November 16 at 5 p.m. with a benefit concert featuring food and drink stations, dancing, auction items and live music provided by The Mighty Untouchables. More information and tickets are available on The Garden’s website.

Native San Diegan Jon Foreman of the Grammy-award winning band Switchfoot is among The Garden’s newest fans after a recent visit.

“It has been an amazing journey,” said CEO Jennifer Pillsbury. “We run six acres with educational exhibits for the public, but we also have a huge education program for the public. Last year we had 42,000 visitors and reached 88,000 kids. When we first opened, we were excited about 1,000 visitors.” 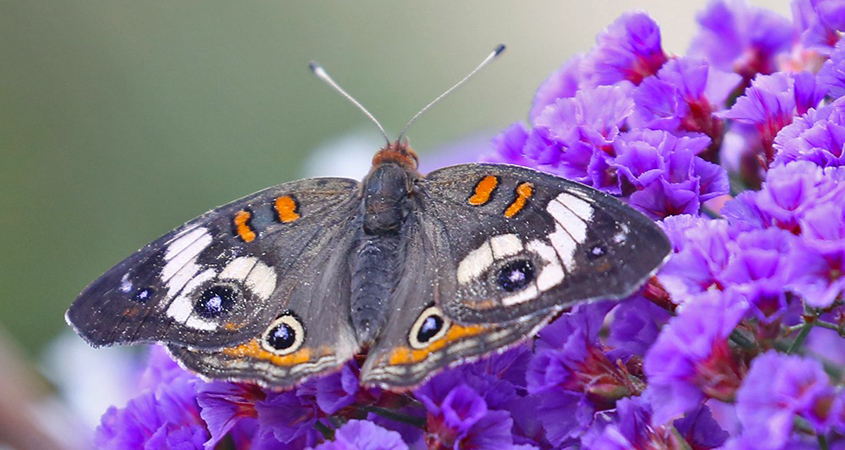 The annual Spring Garden and Butterfly Festival is among The Garden’s most popular annual events. Photo: The Water Conservation Garden

A task force of water agencies and municipalities conceived The Garden in response to six years of drought in San Diego County.

The following year, the Grossmont-Cuyamaca Community College District approved the establishment of a 4.5-acre Water Conservation Garden adjacent to Cuyamaca College. With $700,000 in donated services, products, and labor from local nurseries and members of the California Landscape Contractors Association, the Water Conservation Garden came to life. San Diego County Supervisor Dianne Jacob presided over its grand opening in May 1999.

Over the past 20 years, The Garden has added its popular children’s exhibits, bird and butterfly gardens, the Dorcus Utter Memorial Sensory Garden, and the Dorcus Butterfly Pavilion.

“The Garden is here to inspire everyone to use all natural resources efficiently, not just water,” said Pillsbury. “When people see proper irrigation and the right plants in the right location with the right soil, having everything working together can be beautiful and efficient.” 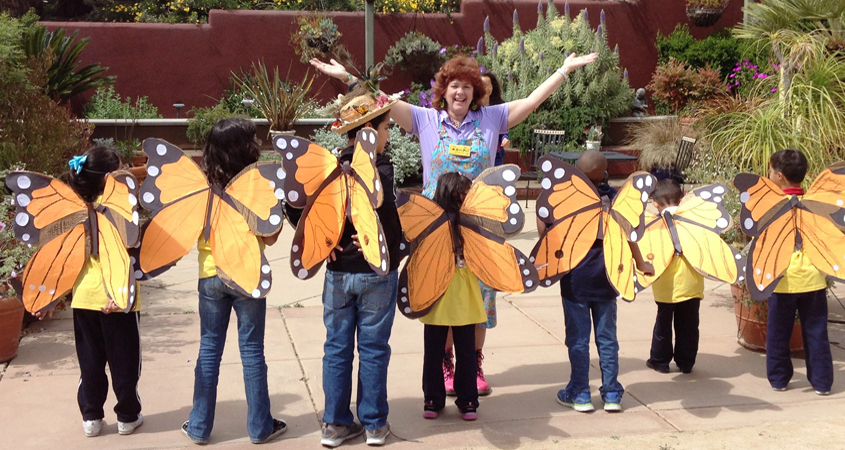 The Water Conservation Garden has been governed as an independent nonprofit organization under its own Board of Directors since 2011. Memberships, donations, grants, facility rentals, gift shop sales, and water district dues fund operations.

Students in the Cuyamaca College Ornamental Horticulture program benefit from hands-on education just steps away from their classrooms. 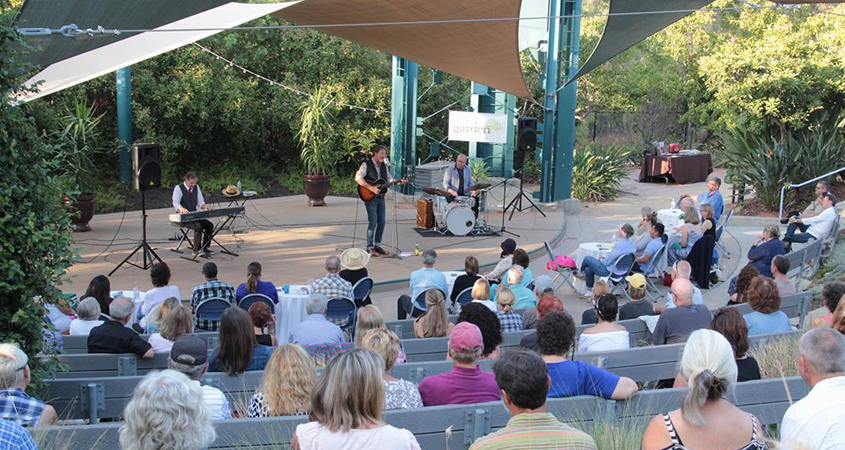 The Garden’s amphitheater seats 300 and will host its 20th-anniversary benefit concert on Nov. 16. Photo: The Water Conservation Garden

The Garden will open a new smart classroom available for business retreats, meetings, and seminars. Pillsbury also hopes to book more events in the 300-seat amphitheater.

Through its evolution and innovation, the mission of The Water Conservation Garden remains the same as it did on its opening day 20 years ago: to inspire positive change in the living environment through water conservation and the protection of natural resources.

“We’re here to educate the community on efficient water use, but we also want to be a spot where people can come learn and explore together in so many ways,” said Pillsbury.

Admission to The Garden is free. Docent-led tours take place on the first Saturday of each month at 10 a.m.

“I am impressed with the quality of images and talent of EFRR visitors,” said OMWD Board Secretary Bob Kephart. “This year’s winning images put together a strong case for just how important it is to preserve open space for native habitat.”

San Diego may be riding a precipitation see-saw that’s swinging downward. After a wet year that followed an extremely dry one, rainfall could be scarce again during the 2019-20 rainfall season. It has been so far. Or, the atmospheric patterns that led to a wet and reservoir-renewing winter in California last year could return. There’s a “warm blob” in the Northern Pacific to consider, plus the influence of sea-surface temperatures along the equator. Or perhaps some unseen or poorly understood force will take charge and drive us into a wet — or dry — winter.

“We just retained another water rights attorney with a lot of experience and knowledge in the area,” FPUD general manager Jack Bebee said.

In north San Diego County, a testament to the San Diego County Water Authority’s proactive asset management program as Pipeline 4, one of the San Diego region’s major water pipelines, is back in regular service after a leak was repaired. Pipeline 4 resumed normal operations November 10 after nearly two months of modified operation. The leaky section was near Camino Del Rey in Bonsall, in an area with no adjacent homes or businesses.

On September 10, 2019, at the 34th Annual WateReuse Symposium in San Diego, the Environmental Protection Agency (EPA) announced a draft National Water Reuse Action Plan for public comment—containing 46 proposed actions, to be accomplished by a mix of federal, state, private, local and private stakeholders, in order to promote 10 strategic objectives. For many in the water sector, this was a welcome recognition—a validation, if you will, of a new movement and set of practices and technologies that will impact drinking water, energy, agriculture and industry throughout the nation.

Solar panels and wind turbines are lifelines to any non-apocalyptic version of the future. They’ll help us keep the lights on, the air breathable, and the planet inhabitable. But while the climate and health benefits of wind and solar are well known, they have another, underappreciated feature that could come in handy in our inevitably warmer, drier future: They don’t rely on water.

Ag Alert: What types of solutions are being built into the plans to bring a basin into sustainability?Ravazzini: As of this date, DWR has not received any plans for review. What DWR is looking for upon submission of the plan is that a GSA (groundwater sustainability agency) has developed a path toward sustainability. How GSAs achieve that goal will differ from basin to basin. One of the state government’s roles is to support these local solutions.

In the heart of Cameron Park sits a neighborhood of homes with some of the widest streets in the county. The homes all have garages with doors wide enough to let a full airplane park inside. That is what the neighborhood is known for: The streets double as runways and the residents all fly. Jim Bray and his wife moved into their house in March. The couple built a single prop plane together — one he uses to commute to the Bay area. “I fly to Palo Alto three days a week and work from home a couple days a week,” Bray said from the driveway of his home. “So, this is perfect for me.”