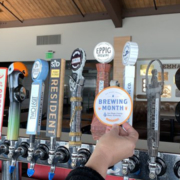 As the nation’s “Capital of Craft,” San Diego County is home to more than 150 breweries that boast nearly 6,500 local jobs. In 2018, the regional craft beer industry produced $1.2 billion in economic impact, according to a report by California State University San Marcos and the San Diego Brewers Guild.

California has more operational craft breweries than any other state in the country. As of January 2019, 155 independent craft brewers were operating in San Diego County.

The regional economic benefits generated by the industry would not be possible without the safe and reliable water supply that the San Diego County Water Authority and its 24 member agencies deliver to the region every day.

As part of an ongoing partnership with the Brewers Guild, the Water Authority sponsored the 2019 Craft Beer Con industry event at CSU San Marcos. Dozens of industry professionals attended the event to network and see the release of the new economic findings.

In addition to the $1.2 billion in economic impact in 2018, the report showed that San Diego brewers produced 1.13 million barrels in 2018. The industry also had a philanthropic impact, donating an estimated $5 million to regional nonprofits. Overall, the industry’s economic impact grew 6% since 2017.

“Beer can be 90-95% water,” said Jeff Stephenson, a principal water resources specialist at the Water Authority. “Water is essential to every step of the process, not only for the final product, but for cooling, packaging and cleaning.”

Stephenson was part of an expert panel at Craft Beer Con, discussing water-use efficiency in brewing, the continued partnership between water agencies and the region’s growing craft beer industry.

Regional investments in a clean and reliable water supply

Regional investments in water infrastructure have paved the way to ensuring a safe and reliable water supply that can sustain industries like the craft beer industry and fuel San Diego County’s $231 billion economy.

The craft brewing industry and those who work closely with it have a positive outlook.

In a survey that CSU San Marcos conducts each year, participants showed high confidence in the industry, with interests in increasing hiring and investments and confidence that production and distribution volume will continue to grow.

A pair of thieves posing as city water department employees conned their way into a La Jolla home earlier this month, distracting the elderly homeowner as they stole cash and jewelry, police said Tuesday. The same two men wanted in connection with the scam and theft in La Jolla are also wanted for questioning in a similar incident that occurred nine days prior in the nearby community of Bird Rock, according to San Diego police detective Sgt. Ron Bailiff. Police say the two men identified themselves as being from “the water department” when they knocked on the front door at the La Jolla home around 3:30 p.m. on Aug. 9.

As coastal climate change concerns heat up, the issue increasingly has been catalyzing political debate locally.Looking to make proactive change, Santa Cruz’s sustainability and climate action manager is about eight months into the city’s Resilient Coast Santa Cruz initiative, which looks at and plans for how the effects of sea-level rise will come home to roost along the city’s West Cliff Drive, via worsening coastal storms, flooding and cliff erosion. Under the initiative, the city is working to create the West Cliff Drive Adaptation and Management Plan, a two-year project funded with a $353,677 California Department of Transportation grant matched by the city’s $45,825.

As the nation’s “Capital of Craft,” San Diego County is home to more than 150 breweries that boast nearly 6,500 local jobs. In 2018, the regional craft beer industry produced $1.2 billion in economic impact, according to a report by California State University San Marcos and the San Diego Brewers Guild. California has more operational craft breweries than any other state in the country. As of January 2019, 155 independent craft brewers were operating in San Diego County. The regional economic benefits generated by the industry would not be possible without the safe and reliable water supply that the San Diego County Water Authority and its 24 member agencies deliver to the region every day.

What a difference a year – and a whole lot of rain – can make for a reservoir. Irvine Lake was created in 1931 with the completion of the Santiago Dam just west of the Santa Ana Mountains. While it can hold as much as 25,000 acre feet of water (an acre foot is enough to cover a football field at one foot deep), through California’s punishing seven-year drought it often held much less. Just a year ago, the water level was at 2,700 acre feet and large swaths of parched dirt were left exposed….

California’s water regulator voted Tuesday to spend $1.3 billion over the next 10 years to provide safe drinking water to communities throughout California. The money allocated by the State Water Resources Control Board comes from the Safe and Affordable Drinking Water Fund, created last month when Gov. Gavin Newsom signed Senate Bill 200. Also known as the California Safe Drinking Water Act, the legislation written by state Senator Bill Monning, D-Carmel, guarantees $130 million annually for safe drinking water through 2030, using revenue from California’s cap-and-trade program. The budget passed by the Legislature in June provides the funding for this year.

At San Francisco International Airport, there was water, water, everywhere, but not a Dasani to drink. The airport’s ban on the sale of single-use plastic water bottles at restaurants, cafes and vending machines took effect on Tuesday, though travelers still had plenty of options to quench their thirst. Fiji bottles were gone from the Skyline News and Gifts in Terminal 1. The airport bodega sold water in aluminum bottles. Travelers lugged empty canisters through security. They refilled them at the airport’s more than 100 “hydration stations,” the water dispensers mounted outside most bathrooms. The fountains had no lines early Tuesday morning.

California’s water quality issues are most severe in the San Joaquin Valley and Central Coast Regions, and smaller water systems face more challenges than larger suppliers, according to a new first-ever statewide analysis of drinking water. California has the fifth largest economy in the world, but more than 1 million of the state’s nearly 40 million people don’t have access to safe and affordable drinking water. The California Office of Health Hazard Assessment looked at 2,903 community water systems across the state that serve at least 15 year-round connections and evaluated them based on contaminant exposure levels, sustainability, and cost… 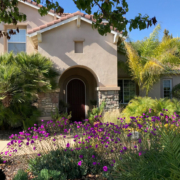 As summer winds down and the days get shorter, it’s a great time to start planning for a landscape makeover. The Water Authority offers free landscape makeover classes to help you get started. Resources include a site visit from a landscape specialist, a professionally-drawn site plan, and one-on-one coaching.

Cooler fall weather is an ideal time for establishing new plants. The cooler temperatures allow them to retain more water and grow deeper roots. The deep network of roots will help plants stay healthy through the winter and into spring.

Are you ready to makeover your landscape?

The WaterSmart Landscape Makeover Program series consists of four classes. In the classes you’ll gain valuable knowledge about how to remove your current lawn or turf and replace it with water-efficient groundcover, irrigation systems, and the best types of climate-appropriate plants. 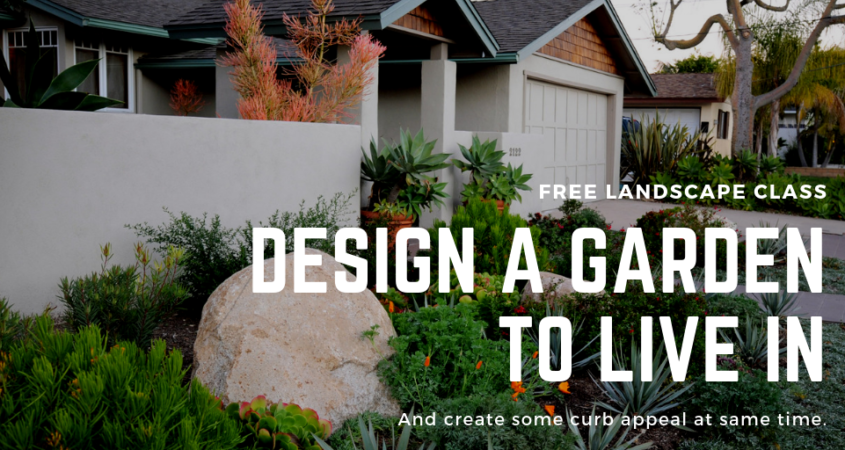 Choose a makeover series close to your neighborhood

The next four class series are open for enrollment:

If you can’t commit to a four-class series, there are also free, three-hour workshops available. The workshops provide a condensed version of landscape makeover basics. The workshops are held at locations throughout San Diego County. Topics include soil design, turf removal, and plant selection, irrigation. Register for an upcoming workshop.

If you can’t attend a class in person, you can also watch online videos on demand.

For more water-use efficiency tips and resources, go to WaterSmartSD.org.