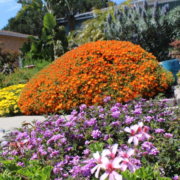 The City of Oceanside selected Janet and Conrad Beck’s colorful, vibrant garden as its 2019 WaterSmart Landscape Contest winner. The couple transformed their plain, water-wasting lawn into a drought-tolerant garden.

The winning landscape earned the Becks a $250 grand prize. The makeover evolved from the Becks’ desire to save water. The garden’s plant palette includes a wide variety of California native and drought-tolerant plants, what they now describe as a “whimsical” garden.

By also replacing their automated irrigation system, the couple realized a water savings of more than 3,700 gallons of water per month, virtually cutting their water bill in half. 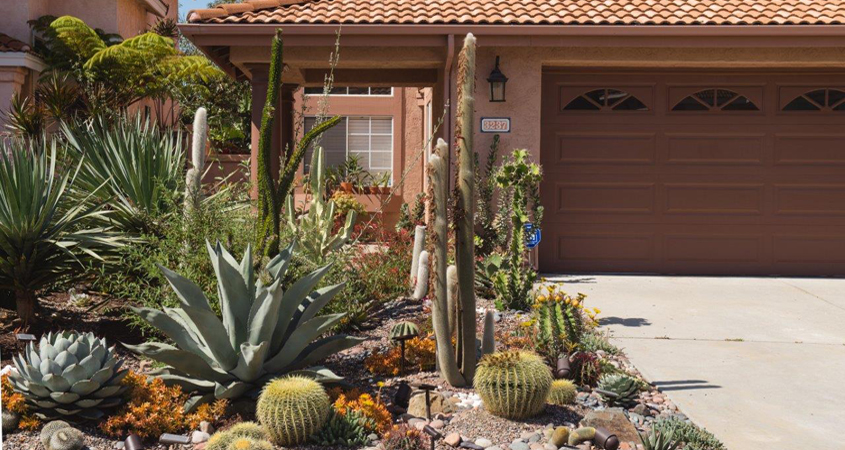 Homeowner Gerald Wharton was inspired to bring back livable habitat for native flora and fauna when creating his drought-tolerant garden. Photo: City of Oceanside

Homeowner Gerald Wharton was inspired to bring back livable habitat for native flora and fauna when creating his drought-tolerant garden. Once his plants become acclimated and more established, they require less water, and eventually, no irrigation at all. 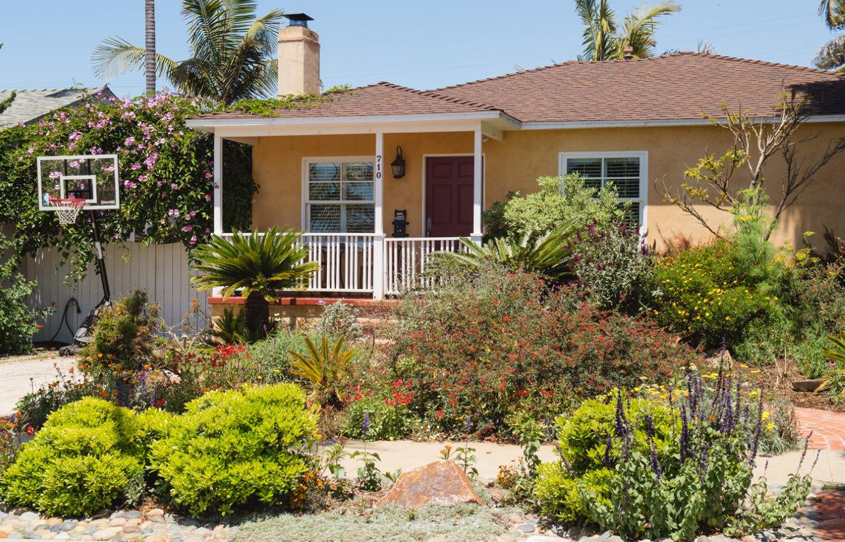 Homeowner Kim Wascher was motivated to save money on her water bill when she transformed her landscaping. Photo: City of Oceanside

Homeowner Kim Wascher first removed her lawn to reduce her water costs and the heavy maintenance that her lawn required. Her original goal grew into a comprehensive landscaping plan. Wascher exchanged her water-thirsty grass for a wildlife habitat now attracting butterflies, lizards, bugs and a variety of birds. On summer evenings, she enjoys watching bats flying through the yard.

Laura Cates moved to Oceanside several years ago after living in the U.S. Midwest. She was not familiar with succulents of any kind. But Cates said she was fed up with grass in her front-and-back yards. Her sister-in-law ‘knew her succulents,’ and her enthusiasm for the colorful, easy-to-grow, low-water-use plants grew on Cates. 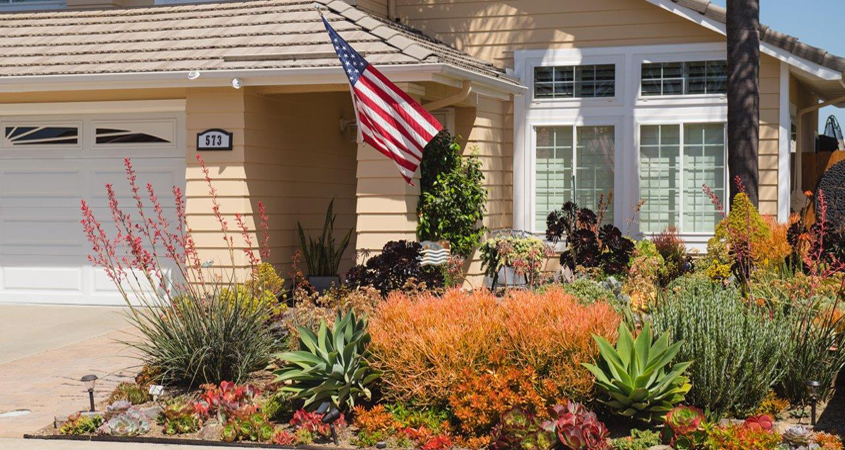 Cates is now well-known to her neighbors as a plant guru. She helps others get started with a clipping or two from her own yard. Cates said she likes to think that she’s paying it forward.

For help and inspiration to transform your landscaping, visit WaterSmartSD.org

Who knew back in 1977, when the Coastal Act was passed, that the sea would rise so quickly? Now, cities and the agency formed to protect the coastline, must deal with it – and with each other.

A workshop on July 12 brought together the League of Cities, California State Association of Counties, local government officials, and the California Coastal Commission. Sea level rise was a key topic, along with one of the most controversial tools in the arsenal.

“The big elephant in the room is managed retreat,” said Imperial Beach councilmember Ed Spriggs, who helped develop the workshop agenda, and whose low-lying community is one of the most vulnerable in California to sea rise.

The Big Lost River earns its name. Beginning in Idaho’s tallest peaks, moving through irrigation dams and diversions, the river flows into the desert here and simply ends.

An ancient tributary to the iconic Snake River, the Big Lost was cut off by volcanic eruptions millions of years ago. Lava cooled into porous basalt, now covered by volcanic ash. When the river reaches the aptly named Sinks, it disappears underground.

It is a telling illustration of the precarious state of United States dams that the near-collapse in February 2017 of Oroville Dam, the nation’s tallest, occurred in California, considered one of the nation’s leading states in dam safety management.

The Oroville incident forced the evacuation of nearly 190,000 people and cost the state $1.1 billion in repairs. It took its place as a seminal event in the history of U.S. dam safety, ranking just below the failures in the 1970s of two dams.

A growing menace in the form of 15-pound swamp rodents is threatening Delta waterways, and the state is throwing money, hunting dogs and birth control at the invasive pests which have the potential to destroy crops and wetlands.

The California Department of Fish and Wildlife has received $10 million in new funding for the eradication of nutria, or coypu, which are native to South America and have found their way to the Golden State after wreaking havoc in Louisiana and other places. Louisiana has lost hundreds of thousands of acres of wetlands to the rodent, a voracious herbivore with a largely indiscriminate palate

In a series of demagogic tweets, President Donald Trump recently attacked Obama-era “clean power plan” policies as a “war on coal” and danger to U.S. energy independence. If there is a war on coal—as the president thinks—it’s long been decided in California and most of the West.

In 2008, coal comprised 18.2% of California’s electricity mix. By 2018, that number had fallen to 3%, with virtually all the coal coming from a single plant in Utah. This plant is scheduled to be retired within five years and replaced with cleaner resources pushing California coal generation to zero

Monterey County supervisors voted Monday to let California American Water start construction on its desalination plant even before the state Coastal Commission makes a decision on the technology involved.

On a fully predictable 3-2 vote, the supervisors also accepted unofficial state opinions about Cal Am’s water rights even though the courts have not made a binding decision on whether the company has the legal right to pump brackish groundwater as planned.

Bottled water is often considered the safest choice for avoiding drinking-water contaminants like arsenic and lead, but a recent spate of investigations has found that not all of it is free of potentially toxic chemicals.

In June, testing from the Center for Environmental Health found “high levels” of arsenic in bottled water brands owned by Whole Foods and Keurig Dr Pepper. Their findings confirmed earlier research from Consumer Reports, which found levels of arsenic that exceeded the allowable limit set by the FDA.

San Diego has agreed to spend $3.6 million studying the region’s kelp forests, a key part of the local ecosystem that scientists say could disappear as climate change spikes ocean temperatures.

The money will cover a five-year research partnership with the Scripps Institute of Oceanography, which has agreed to conduct 450 dives per year at 21 local areas with kelp forests or extensive kelp beds.

On Tuesday, the Department of Water Resources (DWR) released the Final 2018 Update to the California Water Plan. Update 2018 presents a vision for greater collaboration and alignment among water sectors and institutions, sound strategies, and long-term investments needed for the sustainable management of the California’s water supply.

As directed by California Water Code, DWR publishes an update to the California Water Plan every five years that incorporates the latest information and science, serving as the comprehensive strategic plan for how water is managed throughout the state.