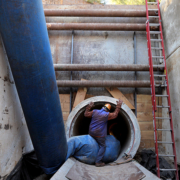 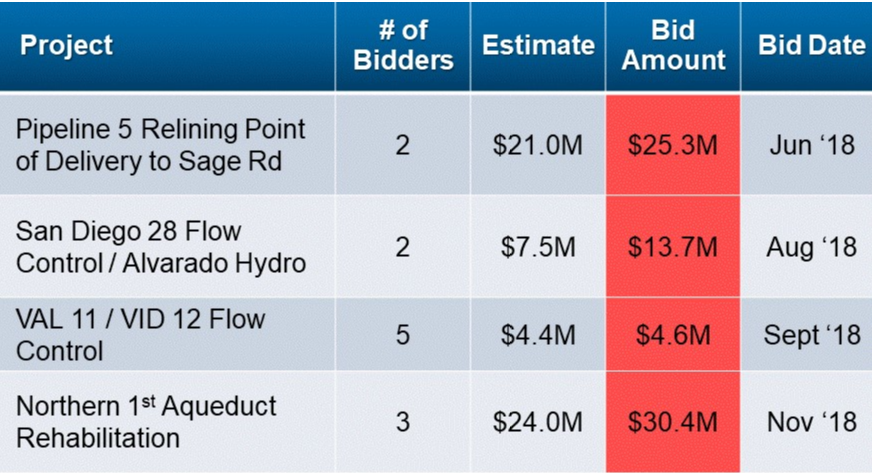 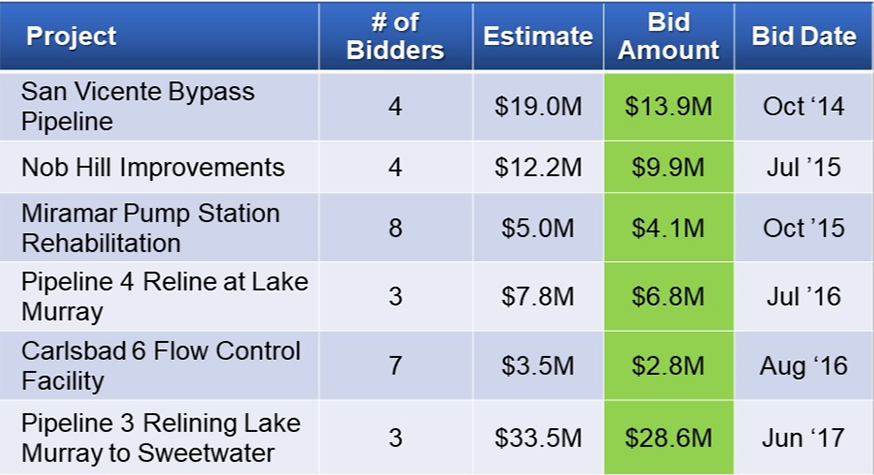 Gov. Gavin Newsom wants to charge California water customers up to $10 per month to help clean up contaminated water in low-income and rural areas, but he will face resistance from some legislative Democrats hesitant to impose new taxes. The Democratic governor says up to 1 million California residents have some type of contaminated or unclean water coming through their taps that can cause health issues. He has called it “a moral disgrace and a medical emergency.”

Federal emergency relief officials have provided new details on their decision to reject California’s request to reimburse the state for work to rebuild and reinforce the badly damaged spillways at Oroville Dam. The Federal Emergency Management Agency announced earlier this month that it would not reimburse the state for $306 million in construction on the spillways, which failed in February 2017 and prompted mandatory evacuation orders for 188,000 people living downstream of the nation’s tallest dam.

The California Department of Water Resources announced today that public water agencies are now projected to receive 70 percent of contracted water supplies from the State Water Project this year. According to the Department, the 35 percent increase from the past month was due to a nearly constant wet hydrology over the winter, and DWR staff, who have worked tirelessly to keep the State Water Project operating safely and efficiently.

A collection of legislators are taking another shot at getting state money to repair the canal carrying water to thousands of farms and several cities along the Valley’s eastside. Earlier this month, Senator Melissa Hurtado (D-Sanger), representing the 14th Senate District encompassing part of Tulare County, along with principal co-authors Senator Andreas Borgeas (R-Fresno), Assemblymember Devon Mathis (R-Visalia), Assemblymember Dr. Joaquin Arambula (D-Fresno), and Assemblymember Rudy Salas (D-Bakersfield), gathered along the Friant-Kern Canal in Terra Bella to announce the introduction of Senate Bill 559. The bipartisan supported legislation will secure California’s water supply by investing $400 million in general funds to repair subsidence in the canal caused during the historic drought.

Every year, the United States Department of Agriculture surveys California’s forests. Government and private forestry staff take to the skies in various aircraft to sketch out maps of the state’s dying, defoliating and damaged trees. And every year, the data they compile from these observations show that more of California’s forests are dying. This year no different. The numbers from the 2018 USDA Forest Health Aerial Survey released in February show that 2018’s below average rainfall slowed the forests’ recovery from drought and diseases.

With our streams and rivers running fast and high and all the snow piling up in the High Sierra, it certainly looks like California is well out of the drought, but what about beneath the surface? “Right now our basin, fortunately, is at 98 percent full,” said Carol Mahoney, Manager of Integrated Water Services for Zone 7, the water supply and flood control agency that serves Livermore and the Amador Valley.

As the sea level rises, it could impact more than the California coastline. The rising water could impact the Sacramento region. Some researchers said the rise could threaten levees in the area and increase the risk of flooding throughout the Delta and the Sacramento Valley. UC Davis watershed science researcher Jay Lund explained that the sea level rise is gradual — about an inch every eight years – and has been occurring since the last ice age ended thousands of years ago.

A California Administrative Law Judge (ALJ) on Monday proposed statewide procurement for renewable resources, finding that proposed resource plans from utilities and other power providers will not reduce greenhouse gases enough to meet state goals. The proposed decision from ALJ Julie Fitch would refuse to adopt the combined integrated resource plan (IRP) from the state’s utilities and community choice aggregators (CCA) because it “does not meet the GHG emissions goals” and could challenge reliability. Instead, Fitch proposed a new statewide Preferred System Portfolio that would guide generation decisions out to 2030.

Construction costs have surged across the nation over the past year as prices for materials used in construction have risen. At the same time, contractors are struggling to meet project deadlines due to a shortage of skilled workers, construction trade industry publication Constructive Dive reported on March 18. Those higher construction costs are impacting local agencies, including the San Diego County Water Authority. Agency staff briefed the Board of Directors’ Engineering and Operations Committee in mid-March on how those market changes are driving up costs of infrastructure and maintenance projects.

Learn how to slow, spread, and sink water into your landscape through various ... earthwork applications like swales and basins.

Reserve your tickets for this FREE online event happening from 11am-12pm on February 3rd at http://DigaSwale.org!