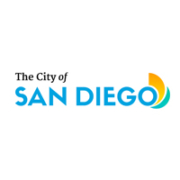 Calling all first through sixth grade students … the City of San Diiego Public Utilities Department is looking for the next Michaelangelo.  Get your students involved for a chance to be recognized as community ambassadors and local conservation celebrities.

Girls and women interested in learning about career and advancement opportunities in the water and wastewater industry are encouraged to register for the Cuyamaca College Center for Water Studies’ second annual Women in Water – Exploring Career Pathways symposium on Jan. 17. The all-day conference comprises two tracks of speakers: one for women contemplating a career change, military veterans transitioning to civilian life, and women already in the water and wastewater industry who are seeking professional development opportunities; the second for scores of high school girls in the region wanting to learn more about career opportunities as they near graduation.

In a state where dead trees in the Sierra Nevada still stand as a testament to a severe seven-year stretch of dry weather that ended in 2017, some nervously wonder whether the state may slide back into a drought. In the eastern Pacific Ocean near the equator, ocean temperatures are pretty stable. That means there’s no El Niño or La Niña sitting out there to help drive a chain of storms to dump rainfall on the Valley and snow in the Sierra Nevada as the calendar closes on 2018.

With more than 30 years in water resource management and planning, Kirby Brill has come out of retirement to serve as interim general manager at Inland Empire Utilities Agency (IEUA). The IEUA Board of Directors unanimously appointed Brill to the agency’s top management position at the board’s Dec. 14 meeting. Brill retired in mid-2017 after having served for 17 years as general manager for Mojave Water Agency (MWA) based in Apple Valley. Although he began his career in the private sector he transitioned to the public sector when he took a position with the Orange County Water District (OCWD).

Lee Hicks, Senior Water Systems Technician, was Valley Center Municipal Water District’s 2018 recipient of the Manager’s Award recognizing excellence among the District’s staff members. A 19-year employee, Hicks was nominated from among his co-workers for the award.  The nomination cited his commitment and willingness to go the “extra mile,” in doing his job.  The nomination also It also mentioned his willingness to fill-in for others on short notice.