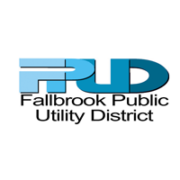 Fallbrook, Calif. – Kate Calhoun, a junior at Fallbrook High, spent most of her summer Tuesday mornings at the Fallbrook Public Utility District as the district’s first paid summer intern. Now that school is back in session, she is back in class and recently finished her final task for the district.

The final part of her eight-week internship was spent creating a PowerPoint presentation for the board of directors at the Aug. 27 board meeting. In that presentation, she highlighted what she learned during her experience and how she will put that new knowledge to work.

“This introduced me to possible careers I was not aware of,” Calhoun said.

The western United States remains a tinderbox, and wildfire conditions may worsen as September weather patterns progress. A persistent northward bulge in the jet stream allowed temperatures to soar to well above average and at times record levels in parts of the West this summer. That same weather pattern may return later in September. Most of the large wildfires in California that have burned 875,000 acres as of Aug. 28 are now mostly contained. However, multiple large fires in the Northwest continue to burn with with substantially less containment.

This month will go down as San Diego’s hottest August on record. It was the second hottest month, any time of year, in city history. The month set or tied 15 daily records for either the highest maximum or minimum temperature. The August heat follows a similarly toasty July, making the July/August combination the second hottest in city history. And the heat comes near the tail end of the second driest rainfall season on record, dating back to 1850. The heat and the prolonged dryness set up the county for a challenging fall, which historically is when the region’s biggest and most destructive wildfires have struck.

California is sinking. New researcher has found that ongoing droughts are causing some areas in the central California to dip by up to 50cm a year. Despite heavy higher-than-normal amounts of rain in early 2017,  when the rain stopped, drought conditions returned and the ground has continued to sink, researchers say. ‘With the heavy storms in early 2017, Californians were hopeful that the drought was over,’ said Kyle Murray, a Cornell doctoral candidate in the field of geophysics who worked on the new study in Science Advances. ‘There was a pause in land subsidence over a large area, and even uplift of the land in some areas.

Karen Lewis knows about water problems. The 67-year-old lives in Compton, where the water coming out of her tap is tinged brown by manganese, a metal similar to iron, from old pipes. The water is supplied by the troubled Sativa Los Angeles County Water District. The district has been plagued by administrative scandal and charges of mismanagement, and it hasn’t been able to generate the money needed to fix the brown water. Lewis has sat through innumerable community meetings and heard years’ worth of explanations, and she’s had enough. “Nothing’s been changed,” she said. “They’re not going to change.”

Five years ago, California became the first state in the nation to recognize the human right to safe, clean, affordable and accessible water. Today, we look at how the state is working to ensure that right and where the biggest concerns for Californians are. The California Water Resources Control Board’s records show more than 266 water suppliers were not in compliance with drinking-water standards as of May 2018. Most of the violations were in the rural agricultural regions of the state.

A lawsuit brought by South Bay cities alleging the federal government is not doing enough to prevent and treat the flow of Tijuana sewage into the U.S. can move forward, a San Diego federal judge ordered this week. The ruling, filed Wednesday, comes a day after U.S. District Judge Jeffrey Miller toured pumps and water-capture basins in the Tijuana River Valley to get a first-hand look at the issue. The order allows the lawsuit to proceed on claims that the U.S. International Boundary and Water Commission violated the Clean Water Act by allowing wastewater from canyon water-capture basins to spill into the surrounding environment without the proper permit.

Los Angeles Mayor Eric Garcetti highlighted Cedars-Sinai’s groundwater conservation program, calling it an example of innovative conservation as the city seeks to reduce water consumption. The project has slashed the medical center’s use of city-supplied water by 29 million gallons annually, the equivalent of supplying 267 single-family homes with water for a year. Garcetti toured the underground water system at Cedars-Sinai with executives from the Los Angeles Department of Water and Power and the Metropolitan Water District of Southern California. “Los Angeles is changing how we think about water, by rewarding those who conserve,” Garcetti said.

A three-mile stretch of the Santa Margarita River and the land that surrounds it, property that could have been at the bottom of a reservoir if plans in the 1950s had been realized, will soon be sold to a wildlife conservancy for $10 million. The acquisition of the 1,384-acre property will be known as the Santa Margarita River Preserve and will insure that the extensive and popular trail system along the river will remain forever. The Fallbrook Public Utility District agreed earlier this year to sell the land it has owned for about 60 years to The Wildlands Conservancy.