The Modesto Bee has expressed a strong negative opinion of the State Water Resources Control Board’s proposal to require additional water to be left in the Tuolumne River and other San Joaquin tributaries to improve water quality and the environment.

Regrettably, what has received little attention in this debate are the opportunities for improving water management to meet the agricultural and environmental demands placed on these rivers.

Sea-surface temperatures along the coast of Southern California have grown unusually warm in the last month, contributing to record-breaking temperatures and uncomfortable humidity in San Diego.

The ocean temperatures warmed from a hot weather pattern in place across California this summer, which vaulted the state to its warmest July on record. The hotter-than-average conditions are due to a persistent area of high pressure in the upper atmosphere.

In a 223-page filing, a three-judge panel found that Cal Am’s desal project is the best option available to provide the Monterey Peninsula with a timely replacement water supply to offset the state water board’s Carmel River pumping cutback order and the need to reduce pumping from the adjudicated Seaside basin. Judges Gary Weatherford, Robert Haga and Darcie Houck also recommended certifying the project’s combined environmental review document, arguing that project impacts could either be mitigated or would be outweighed by the project’s benefits. 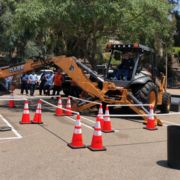 Two San Diego County Water Authority employees took home first place honors in the annual – and unusual – competition that tests the mettle of public works professionals with backhoes, wheelbarrows and other tools of the trade. 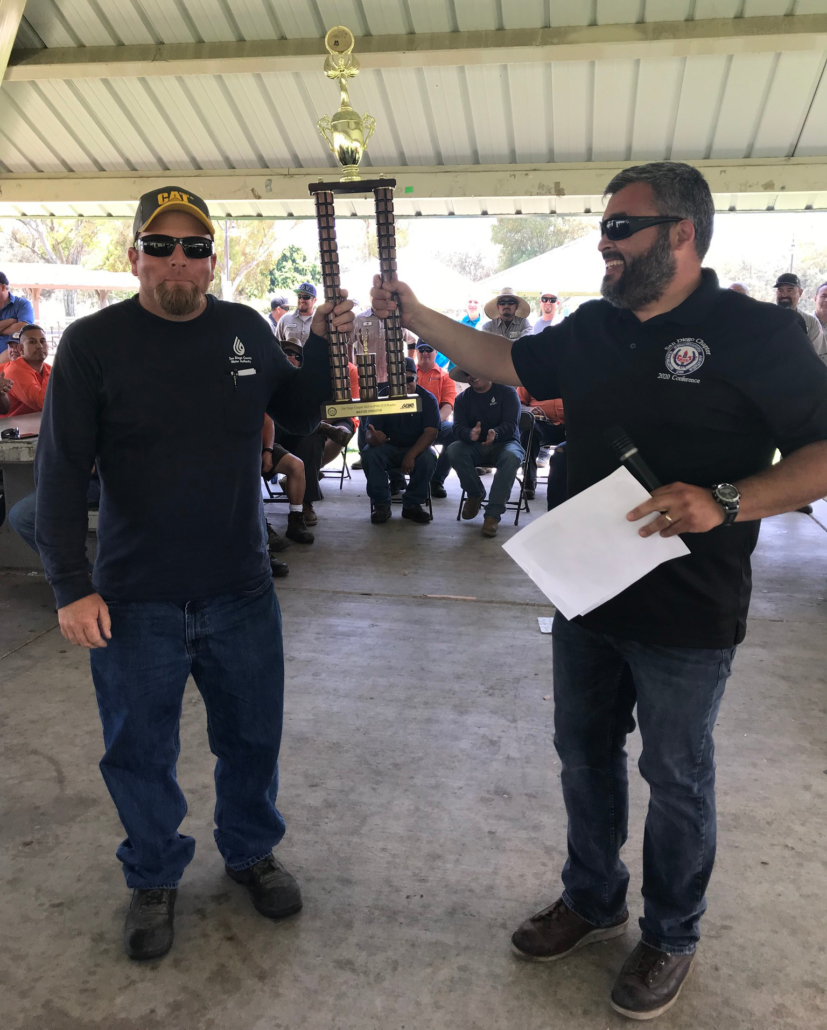 And one Water Authority veteran – Bobby Bond Jr. – earned the title of 2018 Master Operator for completing all the events in the lowest combined time.

Twelve teams of four crew members participated, and 24 operators vied for the title of Master Operator at the July event hosted by the San Diego Chapter of the Maintenance Supervisors Association and American Public Works Association in Chula Vista.

Brown took first in the backhoe operator category, and Cepeda won first place in the wheelbarrow skills. He said his co-workers have been supportive and happy with the Water Authority team’s third place finish.

“It’s fun, it’s teamwork building, and having a good time,” he said. “We work with each other every day, we are like a family here.”

After winning the backhoe category in 2017, Bond captured the 2018 Master Operator title by completing tasks in the lowest overall combined time. He said the competition may be challenging, but it is child’s play compared to the work he and his colleagues perform every day for the Water Authority.

“I’ve dug around utilities including chemical lines, fiber optic lines, and around aqueducts,” said Bond. “I once dug a water line 200 feet and crossed 40 different utilities.”

Brown agrees. “Knocking a tennis ball off a cone (in competition) equals breaking a pipe potentially” on the job, he said.

Cepeda, a Maintenance Worker I who has been with the Water Authority just over a year, helps maintain roads along major Water Authority pipeline corridors and other major structures. “I went for it, gave it a shot, and out of luck I took first place,” said Cepeda. His strategy in maneuvering the wheelbarrow on the course against the clock? “Just run fast!”

Also winning honors was David Hernado of the Vallecitos Water District, who placed first in the Sign Assembly Skills Competition.

Brown and Bond Jr. will compete for Water Authority in upcoming national competition 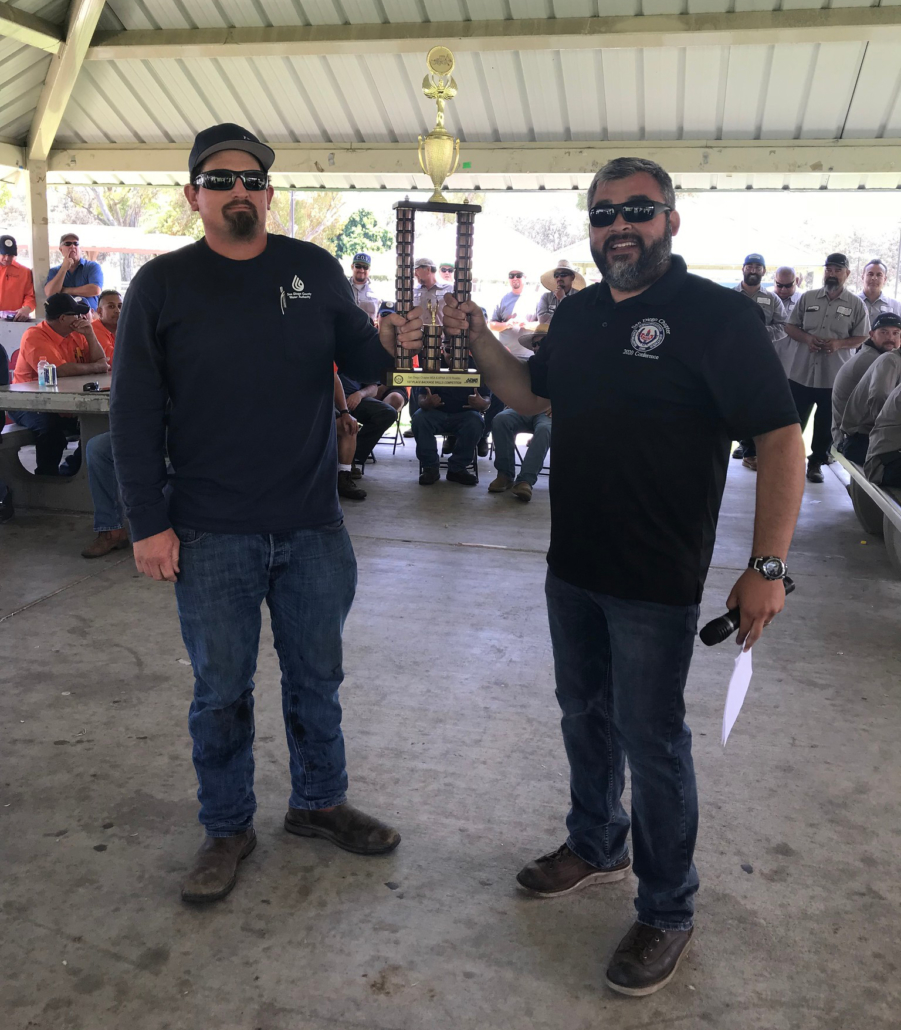 Along with the good-natured competition, the event’s main objective is to provide valuable training, and showcase the Maintenance Supervisors Association vendors who provide the materials, supplies, and equipment needed to keep regional public works functioning at their highest level. Three hundred members attended this year’s event.

APWA will sponsor the top two equipment operators including Brown and Bond Jr. to compete at the 2018 APWA PWX National APWA ROADEO in Kansas City, Missouri on August 28-29. “We’re real busy at work, we’re running every day,” said Bond, which will allow him and Brown to get in plenty of practice before heading to Kansas City. 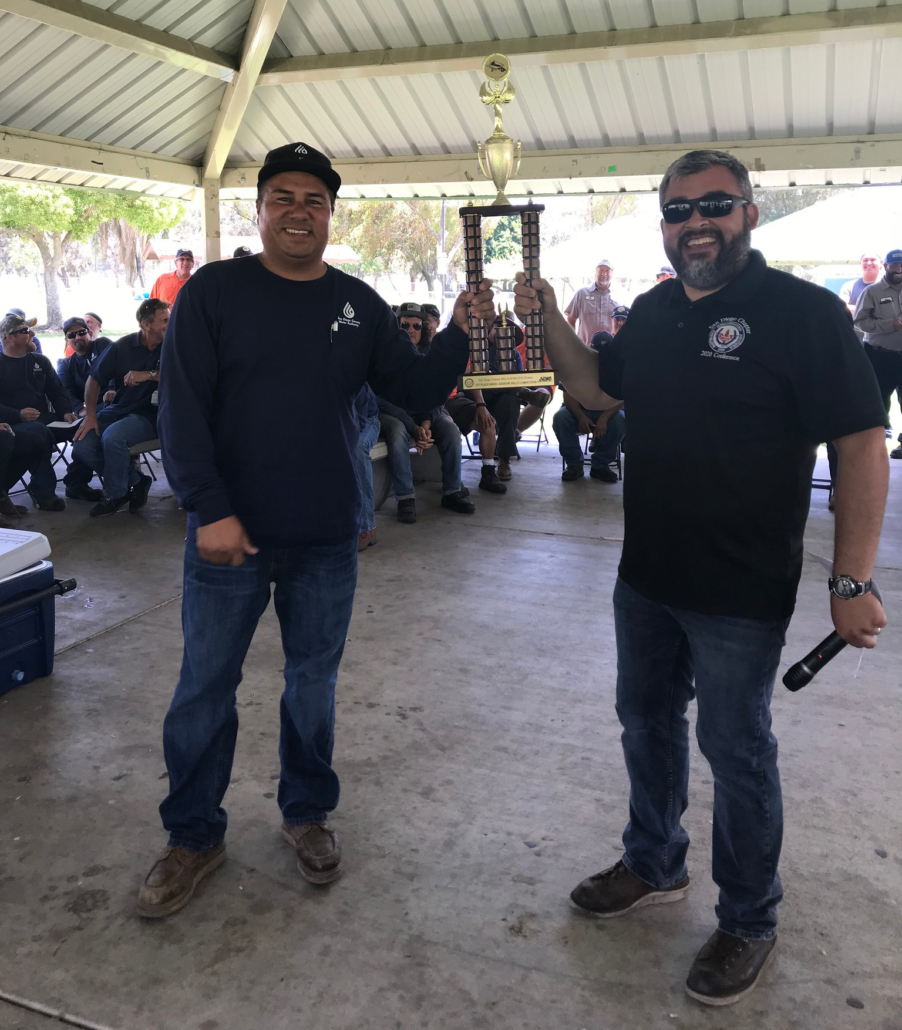