You are now in Features View From The Chair category. 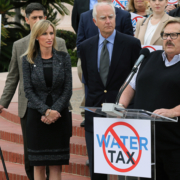 The rate-setting process highlighted how the Water Authority’s independent water supplies from the Colorado River are now both less expensive and more reliable than supplies from the Metropolitan Water District of Southern California. It’s an accomplishment that the region’s water officials started working toward two decades ago, and one that will bear fruit for decades to come.

The value of our independent water supplies will grow in coming years given the rapid increases in MWD’s rates, which have risen far faster than the cost of the Water Authority’s Colorado River supplies secured in 2003 through a complex, multi-state pact known as the Quantification Settlement Agreement.

From the start, that landmark deal helped secure our economy and quality of life by giving us a major new source of water with a higher priority – or legal right – to Colorado River water than MWD. The agreement allowed the Water Authority to transfer increasingly large amounts of conserved water from the Imperial Valley to San Diego, so that by 2020 it will meet about half of our region’s projected water demand.

That visionary agreement also minimized the impact of MWD’s water delivery cutbacks during the past two droughts. In 2015, for example, MWD reduced water deliveries by 15 percent, but the Water Authority’s independent supplies meant we had enough water to meet 99 percent of normal demand.

While the supply benefits of the conservation-and-transfer agreement have long been clear, the region is just now starting to feel the cost benefits as well.

In addition, the Water Authority has benefited from lawsuits that forced MWD to drop illegal charges for delivering our independent Colorado River supplies. A 2017 appellate court ruling netted the Water Authority about $15 million in savings in 2019, with tens of millions of additional savings in years to come.

That’s worth celebrating because it means regional wholesale water rate increases in 2019 are among the lowest in 15 years – a testament to the all those who have worked for decades to secure a safe, reliable and cost-effective water supply for everyone who calls this place home.

The USS Midway Museum, docked in San Diego, is the most popular naval warship museum in the United States and among the most visited museums in the country, with 1.4 million people annually coming aboard. Those visitors discover the Midway made its own fresh water while at sea, from the first day it was commissioned in 1945 until it was taken out of active service in 1992. But when this venerable aircraft carrier found new life as the USS Midway Museum in 2004, its relationship with water entered a new era as well.

The independent review board hired by the state Department of Water Resources to put outside eyes on an assessment which will play a large role in the future operations of the Oroville Dam has released its first report. Suggestions for infrastructure changes like the construction of a second gated spillway are expected to be considered through what DWR is calling a comprehensive needs assessment. The department has selected four independent industry experts to be part of a board which will review the assessment and make recommendations.

California is burning, with at least 16 big wildfires statewide. The largest, in and around the northern city of Redding, has killed at least six people and burned more than a thousand homes and other structures. Fires are nothing new in the state this time of year. It’s fire season, after all, as it is elsewhere in the West. But something feels different this time, perhaps because, following the Santa Rosa fire last October, this is the second year in a row in which fire has destroyed large parts of a city. 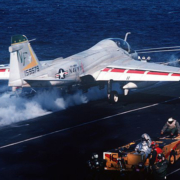 The USS Midway Museum, docked in San Diego, is the most popular naval warship museum in the United States and among the most visited museums in the country, with 1.4 million people annually coming aboard.

Those visitors discover the Midway made its own fresh water while at sea, from the first day it was commissioned in 1945 until it was taken out of active service in 1992. But when this venerable aircraft carrier found new life as the USS Midway Museum in 2004, its relationship with water entered a new era as well.

The USS Midway Museum served as host for the launch of the San Diego County Water Authority’s new education and outreach program: Brought to You by Water.

The program underscores the importance of water reliability for the region’s key industries such as tourism and the military — something the operators of the USS Midway Museum understand on multiple levels.

Supporting a floating city at sea with water supplies 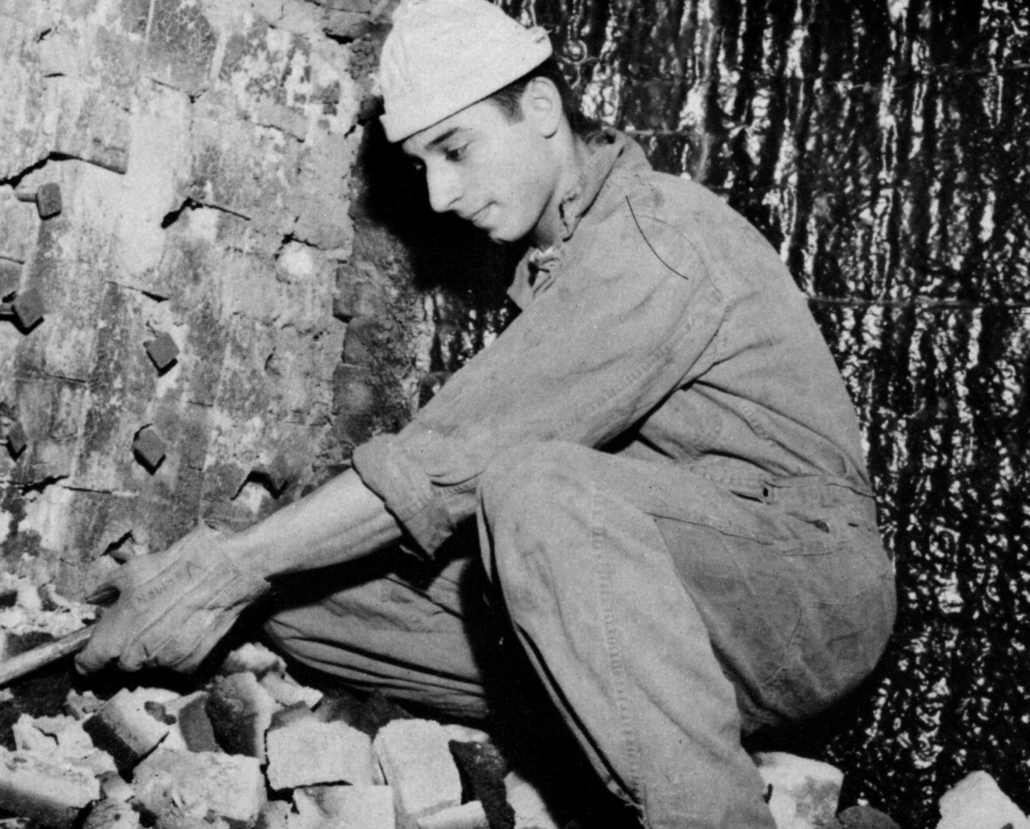 When deployed at sea, sailors aboard the USS Midway produced 240,000 gallons of fresh water daily through 12 boilers to support the floating city of 4,500 men. From cooking pasta to feeding sailors, to propelling the catapult system launching aircraft off the flight deck, the Midway depended on a safe and reliable water supply to thrive, just as the San Diego region does today.

Two evaporator plants deep inside the ship took in seawater and produced fresh water via desalination. According to Scott McGaugh, Midway Director of Marketing, working in those “evap spaces” was among the toughest duty assignments aboard the Midway. When one of these plants went out of service, the Midway had to ration its water.

Even in the best of times at sea, sailors always lived with a limited water supply, and water conservation was standard operating procedure. Consider a “Navy shower” — getting wet for 30 seconds or less, shutting the water off, soaping up, and then a quick rinse. That was the lifestyle during deployment, including a stretch when the Midway set a deployment record for aircraft carriers — 327 consecutive days at sea. 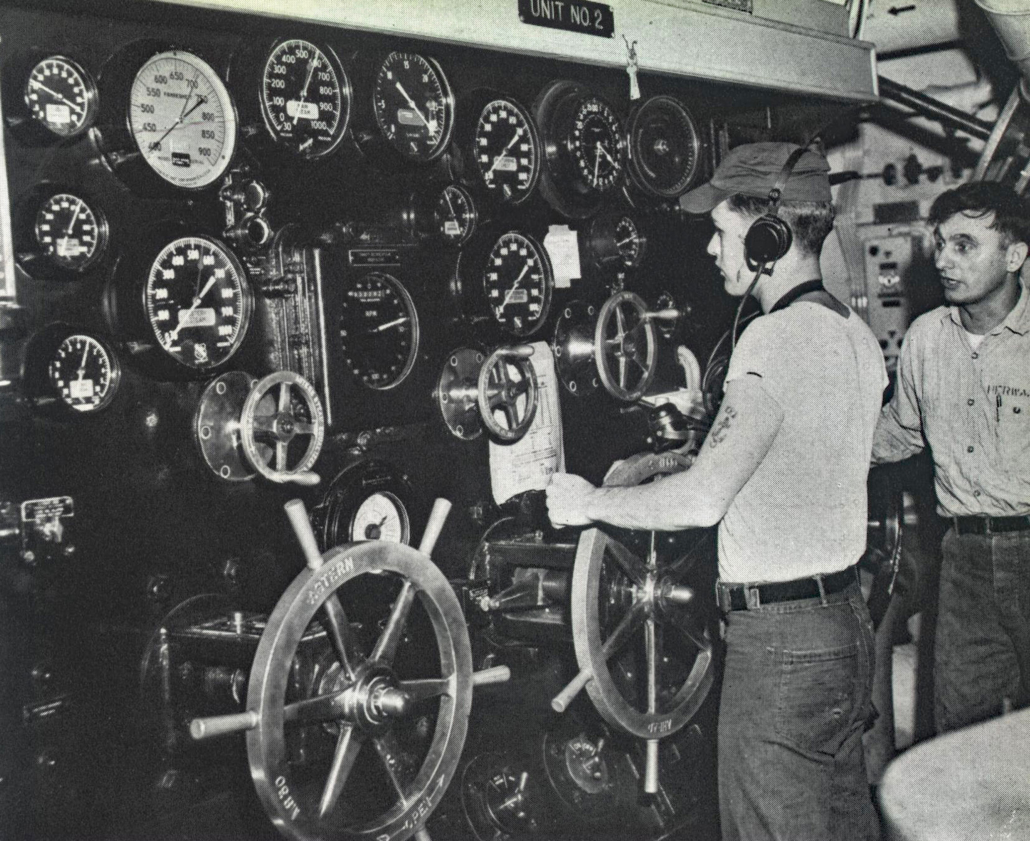 Four steam throttle boards such as this were the gas pedals aboard Midway. Sailors here in 1958 fed the proper amount of steam into the four turbines necessary for propulsion and a top reported speed of 30 knots per hour. That’s 34 miles an hour for the 65,000-ton aircraft carrier when active—fast enough to water ski behind Midway. Photo: Courtesy USS Midway Museum

While the USS Midway Museum doesn’t have to generate its own fresh water anymore, the conservation mindset is still a part of its daily life. Chief Engineer Len Santiago for the Midway says it is a priority for his team of 64 engineers to be good stewards of water and the ship deploys modern technology such as waterless urinals and sensors on faucets.

The most critical issue for the USS Midway Museum is water leaks. The Water Authority encourages homeowners to monitor their plumbing for leaks. Now imagine monitoring hundreds of miles of pipes aboard a floating museum.

“My staff and I have to make sure first, no leaks,” said Santiago. His team checks all systems regularly. “We have hundreds of spaces where pipes run through. We check all sensors in our restrooms for guests are working properly. Problems like a running faucet are reported immediately.

“As we grow as a museum, our infrastructure will continue to grow,” said Santiago. “In the 21st century, we’ll continue to leverage technology. I expect to have sensors that will alert me to water on the deck somewhere that might indicate a leak – even in things like air conditioning.”