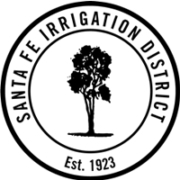 Water is all around us. The only problem is that it remains trapped in the atmosphere until the right conditions release it as rain or snow. Now Omar Yaghi, a chemistry professor at the University of California, Berkeley, has helped find a way to grab that water anytime we need it.

Construction is underway on a Palm Desert groundwater replenishment facility, which the Coachella Valley Water District says will add up to 25,000 acre-feet of Colorado River water into the aquifer each year. The new facility will be built in two phases, one placing replenishment ponds just south of the water district’s Steve Robbins Administration Building and another involving the construction of ponds within the Whitewater River Stormwater Channel, between Cook Street and Fred Waring Drive. An estimated completion date was not provided by CVWD.

A bacteria common to sewage and feces was found in Camp Pendleton, California’s drinking water last month, Marine Corps officials warned on-base families this week in a notice obtained by Military.com. Base residents received a notice May 29 from the installation’s housing office that coliform bacteria had been found in the water supply during a routine test in April. The notice, dated May 25, says the drinking water is safe and that residents “do not need to boil your water or take other corrective actions.”

Although he declared an end to California’s historic five-year drought last year, Gov. Jerry Brown on Thursday signed two new laws that will require cities and water districts across the state to set permanent water conservation rules, even in non-drought years. “In preparation for the next drought and our changing environment, we must use our precious resources wisely,” Brown said in a statement. “We have efficiency goals for energy and cars – and now we have them for water.”

The drought may be over, but California residents should prepare themselves for new and more permanent restrictions on water use. Gov. Jerry Brown signed a pair of bills Thursday to set permanent overall targets for indoor and outdoor water consumption. Assembly Bill 1668 by Assemblywoman Laura Friedman, D-Glendale, and Senate Bill 606 from state Sen. Bob Hertzberg, D-Los Angeles, give water districts more flexibility than the strict cuts mandated under Brown’s emergency drought order and will eventually allow state regulators to assess thousands of dollars in fines against jurisdictions that do not meet the goals. 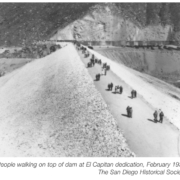 In its quest to supply water to its growing population, the City of San Diego claimed water rights to the San Diego River, and filed for a dam. A Mission Gorge site was first proposed on land owned by business leader Ed Fletcher. Another prominant business leader, John D. Spreckels lobbied for a dam farther north at El Capitan. After a lengthy civic debate, the city chose Spreckels’ project in 1924.

The tug of war over the project fueled a years-long political and legal battle over Native American pueblo rights to water, which affected the construction of the El Capitan Dam. The state Supreme Court eventually ruled in favor of the City of San diego in 1930, allowing dam construction to proceed. The dam opened to great fanfare and public walking tours in 1935. 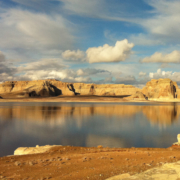 El Centro, Calif. – U.S. Bureau of Reclamation Commissioner Brenda W. Burman delivered a sobering message about the risks facing the Colorado River system and the need for action considering long-term drought conditions during an Imperial Irrigation District Board meeting on May 22.

In her first presentation to the IID Board of Directors since her confirmation as commissioner in November, Burman said it’s time to restart the stalled basin-wide drought contingency planning talks to address the threat of shortage on the river. Her discussion was filled with stark predictions for the river system should drought conditions continue, along with hopeful notes that worst-case shortage scenarios could be averted through conservation efforts.

Terry Fulp, the bureau’s regional director of the Lower Colorado River Basin, joined Burman at the IID meeting. Fulp said Lake Mead and Lake Powell – which provide storage for the Lower Basin states of Nevada, Arizona and California – are about 51 percent full.

Both lakes were near capacity in 1999, then dropped by half in just five years. That sudden loss of storage led to the development of the interim guidelines for managing a shortage on the river in 2007. In the years since, Fulp said, the river system has met demands despite the ongoing drought.

However, a shortage declaration may be triggered in the next two years because Lake Mead is barely over 1075 feet above sea level, the point at which a shortage could be declared. Fulp said Lake Mead would likely already be below the 1075-foot mark if not for conservation efforts across the Colorado River Basin.

Call to action on the river

Burman said she recognizes that drought contingency discussions have “fallen off,” but she said they need to start again with the goal of expanding conservation efforts throughout the river system. She said actions taken now will benefit water users today and serve the needs of the river system decades into the future, just as water users today benefit from the actions of the pioneers who built the system under the Boulder Canyon Act of 1928

“There absolutely needs to be action on the Colorado River,” she said. “The risk is too great.”

Under questioning from IID board members, Burman said “there is room” in drought contingency discussions to include additional storage for IID in Lake Mead (which IID has advocated for), and there could be flexibility in how that storage water is created.

When pressed on the Salton Sea, Burman said a memorandum of understanding between the state and federal governments remains in effect to address issues at the sea. She added that the federal government remains committed to the MOU even though the state is leading ongoing Salton Sea restoration efforts.

Burman said time will tell if drought contingency talks restart and whether agencies can reach agreement on the critical issues related to conservation and storage. To the extent that there is additional water conservation in the Imperial Valley, that likely would reduce flows to the Salton Sea – and that in turn would raise important questions about how reduced inflows would be mitigated to minimize impacts on sea levels.

. @sdcwa has completed renovation and replacing dozens of structures on two ... large-diameter pipelines of the historic First Aqueduct, which delivered the first imported water to the San Diego region in 1947 and remains a part of the water delivery system. https://kpbs.us/3bXtLyd